Yeditepe University, the champion in "Women’s Swimming” and "Women’s Skiing" at the Koç Sports Fest, known as the "Festival of Champions", won more than 100 medals at home and abroad throughout the year. The Yeditepe University Sports Teams, who continued to work under the leadership of Yeditepe University Culture and Sports Manager Taner Karabulut, won many medals by winning many championships during the 2016-2017 academic year.

Yeditepe University, which holds the title of being the university who has participated in the highest number of competitions in the past five years according to data from the Turkish University Sports Federation (TÜSF) Journal in 2015, has competed in a total of 24 branches with 39 teams in this academic year.

This year, Yeditepe University has also made an impression at Koç Fest University Sports Games, which is known as the "Festival of Champions". The finals of Koç Sports Fest in Denizli, where 26 thousand athletes compete in 57 events, took place with the participation of 5 thousand athletes, managers, referees and coaches.

A total of 62 medals at Koç Fest

Champions in Skiing and Snowboarding as well

At Turkish Ski and Snowboarding Championships In the 2016-2017 term, the Yeditepe University Skiing-Snowboarding Team received 11 medals in total, 2 gold, 2 silver and 7 bronze medals as individuals and 4 cups in total with 2 championships, 1 second, 1 third cup as a team.

At the 4th Islamic Solidarity Games organized in Azerbaijan between May 12-22, Yeditepe University contributed with 4 first places, two second places and one third place to the 195 medals won by Turkey, who participated with a total of 339 athletes. 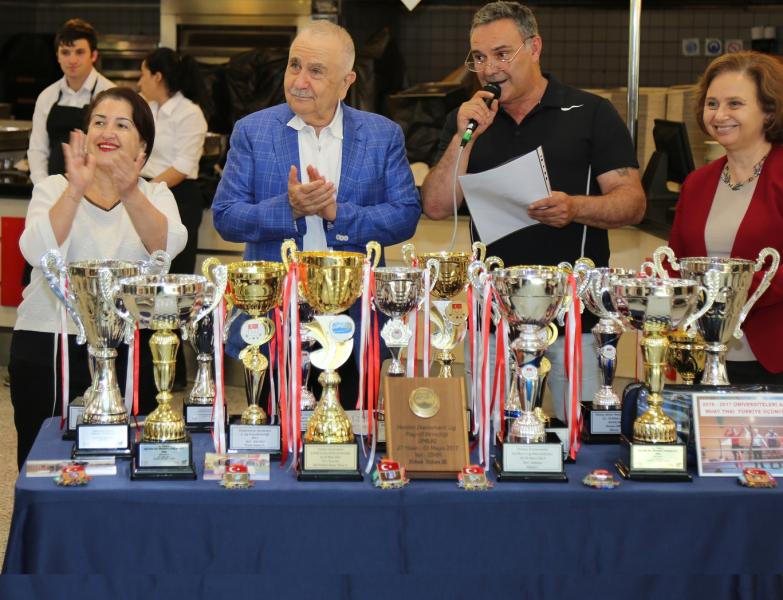