Home Prof. Dr. Melda Üner will be Hosted by Dr. Furkan Kaya on An ve Zaman

Prof. Dr. Melda Üner will be Hosted by Dr. Furkan Kaya on An ve Zaman

On An ve Zaman program, hosted by our University’s member of the Department of History, Dr. Furkan Kaya, Prof. Dr. Melda Üner, Deputy Head of the Department of Turkish Language and Literature at Yeditepe University, will be the guest.
Within the program, where answers for questions such as “How was Ottoman Society affected by modernization movements? What kind of effects the Imperial Edict of Gülhane had on Turkish literature? How were authors and readers were adapted?” will be sought, also topics such as the preparation period of the society, led by intellectuals and men of letters, as well as the events in Turkish literature during the Ottoman era, will be covered. 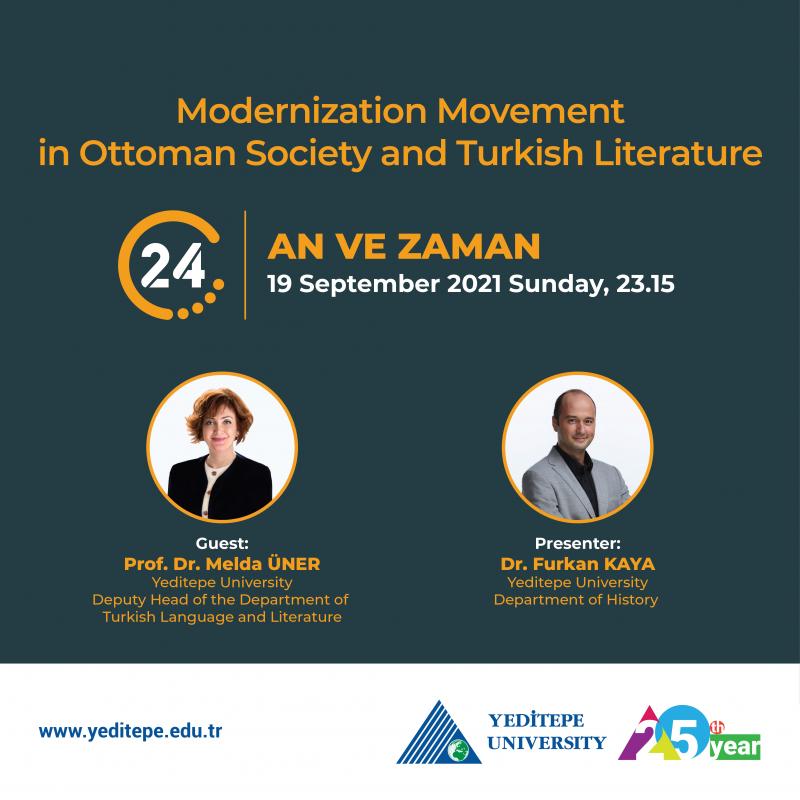