‘Life in Space and Science’ from Astronaut Prof.Albert Sacco Jr.

Scientist and Prof. Alber Sacco, Jr., who has been collaborating with  Prof. Dr. Nurcan Baç, Yeditepe University Rector in different projects and experiments since 1989 University met students at Yeditepe. 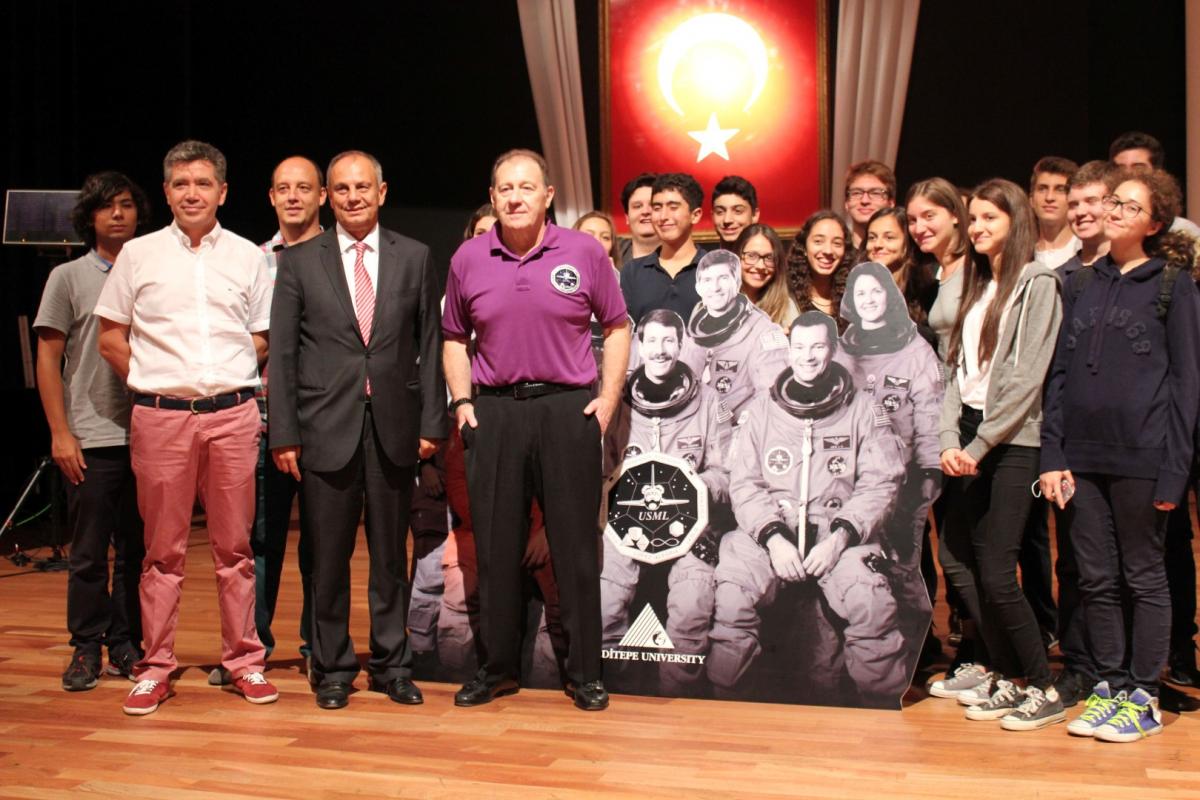 Yeditepe University hosted the scientist and Astronaut Prof Alberto Sacco Jr. who has a special bond with Turkey. In addition to academicians and university students, students from different high schools in İstanbul listened to Prof. Sacco who gave a conference on ‘Living and doing Science in the Space’. In the Conference which attracted a great deal of attention, Prof. Sacco gave detailed information on Zeolite Crystal Growth Experiment which they developed with Yeditepe University Rector Nurcan Baç and Columbia Space Shutle Flight Numbered STS73. Prof.Sacco gained the admirattion of listeners with his humorous expressions.

Images of Turkey taken from Space

In the Conference which started with one part the documentary ‘Space Crystals’ explaining Zeolite Crystal Growth, Prof. Sacco gave detailed information on astronaut education and stressed  physical and emotional difficulties experienced during this education period. Prof. Sacco explained what an enjoyable experience it was to go to Space after all these difficulties and showed the images of our country and the world taken from Space. 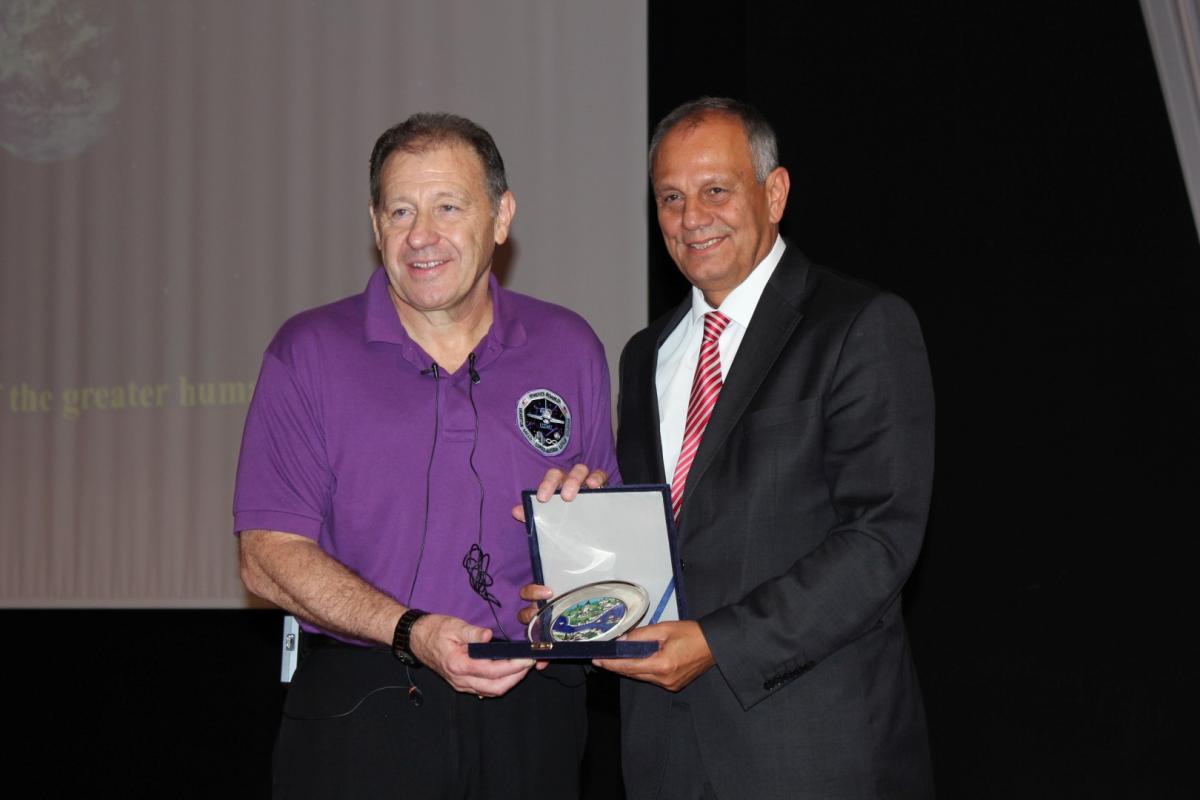 They washed their hair with shampoo but without water

Prof. Sacco who has developed a special bond with our country as he has taken the Turkish Flag to Space with the Flight numbered STS73 and had the opportunuity to work with a lot of Turkish students and colleagues within the years said that he was proud to have taken the Turkish Flag to Space.  Prof. Sacco who told different anecdotes about daily life in the Space and work life stated that they had not eaten or drunken anything for 24 hours, met all their cleaning needs without water and washed their hair with shampoo but without water in order to complete the adaptation process after going into orbit. Prof. Sacco also stated that they had slept on special beds.

Prof. Sacco who finished his presentation by giving the Youth a list of suggestions of the things to be done if they wished to make the world a better place to live suggested that they should aim to find alternative sources of energy, make these sources accesible, preserve food and clean water sources and make them accesible,  prevent epidemic diseases, increase the opportunities of personal and medical care and provide sustainable education. 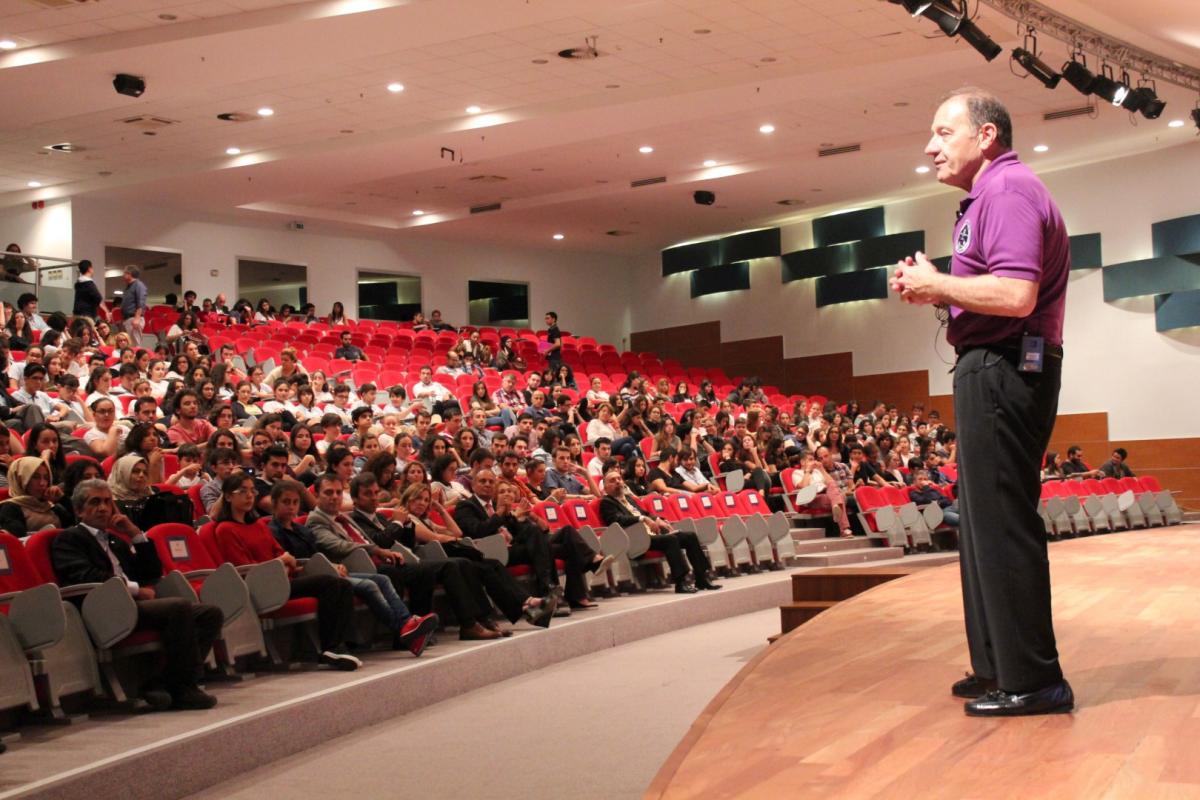 Prof. Sacco also gave two important messages; don’t let your fears precede your dreams and don’t forget that all humanity is a big family. ‘We do not share every single research done in space.’

Prof. Sacco who answered the questions of the listeners at the end of the Conference stated that NASA does not share every single research done in the Space and they are only accesible to people who are required to know them. He explained that the reason for this is that NASA wants to stay away from speculations and discussions.

Prof Sacco said that students who would like to be astronauts needed to work very hard both physically and mentally over another question and stressed the importance of comprehension ability. Prof. Sacco who also explained that going to Space could cause some health problems but this was a unique experience despite all problems and he would do it again if he had the opportunity.