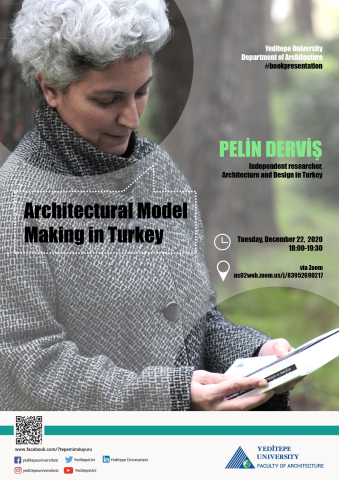 The subtitle of the book points at the 20thcentury. However, a confession is needed to clarify that there is more emphasis on the weight of the second half of the 20thcentury in the book than its first half. The reason for this is not born out of a statement, or interpretation that there is a weight as such ascribed to this specific period. Instead, it would be more correct to describe it as an urge to document the resources of the period while it is still possible to access them. After all, documents of the resources that we can still access can suddenly become inaccessible. It is important to take these resources seriously and keep it in mind that they may not always be available. This is the most significant reasoning behind the realization of works under the umbrella of Pelin Derviş Publication Project.

I wish it could have been possible for Şevki Pekin, Mustafa Aslaner and Cengiz Bektaş, who contributed to the research process, to hold this book in their hands and I also wish that we could have had a discussion on the content; yet, it was not in our destiny, recently they passed away. However, the project and eventually the book came into presence, thanks, also, to their contributions.

This book presents a fragment of the 20th century with an edited selection. As much as it was shaped by certain quests, the selection is determined by sources that could have been accessed and a deadline. It is clear that there is a lot more to do. Therefore, I can only define the book as a beginning and I recommend it to be read with that in mind. I hope that this book encourages future projects and the content keeps growing with future cooperations.