Prof. Ahmet Taşağıl, Head of History Department, Faculty of Science and Literature, Yeditepe University, is leading the Turkish archeological site, in which many important objects are found and conducted under the leadership of Turkish Cooperation and Coordination Agency (TIKA), in Mongolia. 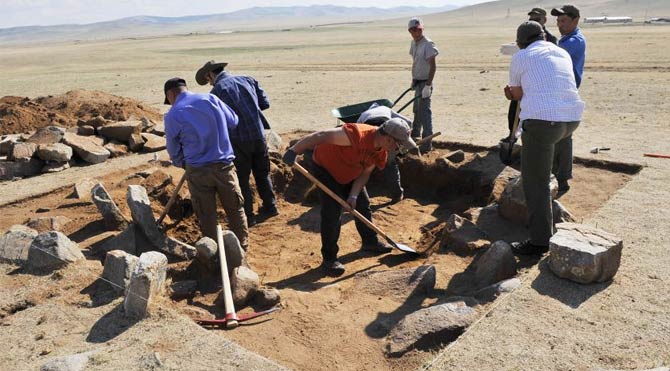 In the area, named as Bilge Tonyukuk Social Complex, archeological research is started by Turkish-Mongol joint-group on 5th of August and until today a series of geophysical and geological studies and surface research works were performed on a 65 kilometer square area. In the area, which includes inscriptions of Tonyukuk, the Gokturk Vizier, cairns (Kurgan - mausoleum of ancient Turks), tombs, sculptures and objects were unearthed, which will be exhibited in the second Turk museum that will be built in Nalayh, Ulaanbaatar.

Prof. Ahmet Taşağıl, leading the Turk group said; “Tonyukuk, the famous Gokturk Vizier is pone of the most important figures of Turkish history with his wisdom. In the archeological site, within the area including Tonyukuk monuments, Kurgan that belongs to first Turks, tombs, sculptures and objects were unearthed. It can be said that these are the most important findings of Turkish life before Islam. We decrypt Turks”. 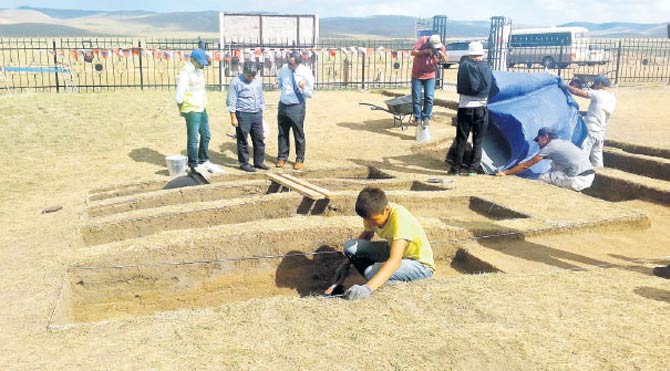 Taşağıl said that there are 6 archeologist, 3 of which are Turks and 3 are Mongols and added; “The excavation area is our origin where the very first Turkish state rose up. Two inscriptions, built by Tonyukuk, one of the wisest persons of Turkish history, bring light to Gokturk history. Especially, battles against the enemies inside and outside of the era and implemented strategies are communicated to next generations as lessons. During the works, also, sculptures of first Turks, a water drainage and some roof tiles are found”.

Tonyukuk inscriptions are located in Bayn Tsokto region, near Tuul river. It is estimated that the inscriptions were built by Bilge Tonyukuk about 720-725 AD. Transcripts were inscribed by Vizier Tonyukuk in Gokturk alphabet, and were about Chinese captivity, tricks and cruelty of China, as well as giving advises to Turkish community. In a part of inscriptions, Vizier explains his own life. 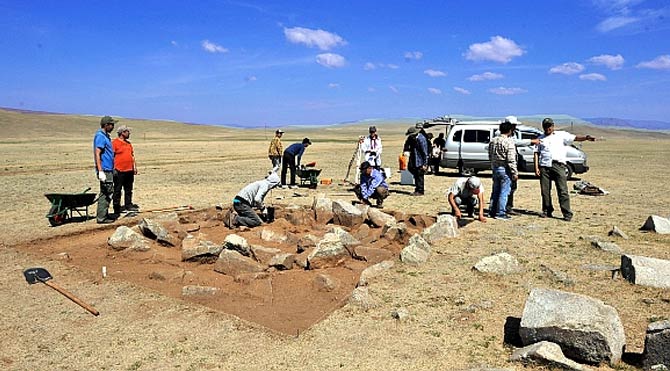