Joseph K", which is English novelist Tom Basden's adaptation of Franz Kafka's famous novel "The Trial" and which features Mert Firat, Didem Balçın, Onur Dilber and Özgün Aydın in leading roles, will be staged at Yeditepe University on April 10 .

The revenue from the play, which was organized by Yeditepe University's Make a Wish Volunteers and Entrepreneurship Club, will be used in social responsibility projects like Share my Dream, Map of Needs and others. 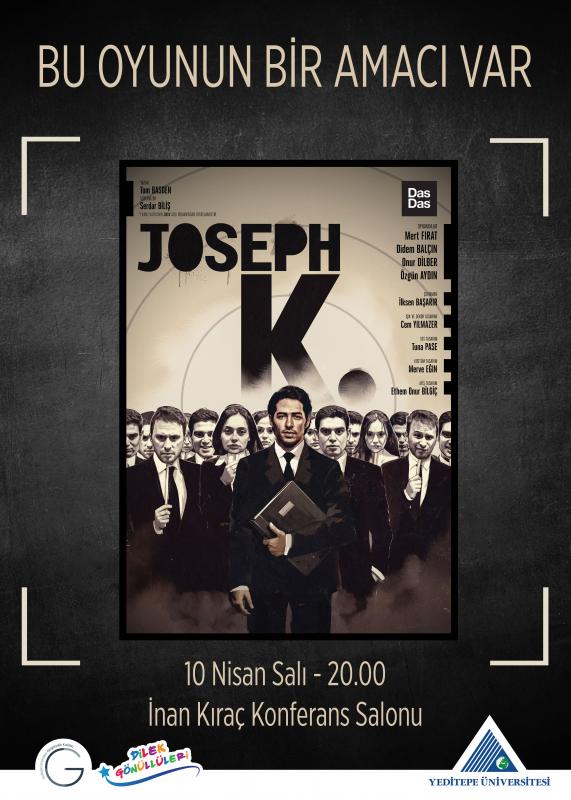 Kafka's "The Trial" is back to the labyrinth of modern life.
While Joseph K is about to celebrate his thirtieth birthday with a pizza he ordered home, the two men who bring his pizza tell him that he will be arrested. Joseph K has no idea about his offense, but he has to clear his name. Joseph starts a fight against an invisible and illogical justice system while trying to regain his threatened freedom.
In British writer Tom Basden's black humorous adaptation, Joseph K is left in the labyrinths of modern world to relive Franz Kafka's century-old “The Trial”.