Yeditepe University's Department of Gastronomy and Culinary Arts students undergo internship at many of Michelin-starred restaurants of the world such as Arzak, Diverxo, De Kromme Watergang and Quique Dacosta

Yeditepe University Gastronomy and Culinary Arts Department Turkey, which is the first Gastronomy and Culinary Arts Department in Turkey to be part of the Faculty of Fine Arts, is working hard to help its students to progress further every year. As of this year, the department is sending 20 of its students to different parts of the world for summer internships as part of agreements made with many of the world's most important Michelin restaurants like Arzak, Diverxo, De Kromme Watergang and Quique Dacosta.

Giving information about the foreign contracts of the department, Assoc. Prof. Dr. Sibel Özilgen, Head of Department of Gastronomy and Culinary Arts at Yeditepe University said:

"In January 2015 we became the official partner with the ‘Council for the Protection and Promotion of the Dining Culture Heritage’ of the UNESCO / UNITWIN network, represented by François Rabelais Tours University in France. Then, in December of the same year, we became the official partner of the UNESCO / UNITWIN network 'Food, Culture and Innovation', represented by Universitat Oberta de Catalunya (UOC) in Spain, one of Spain's most important universities. We are the first and only department in Turkey to become official partners with the UNESCO / UNITWIN network in the field of Gastronomy and Culinary Arts. The most important factor we are accepted into these networks is our approach of 'First, own your own culinary culture, accept it as a cultural heritage, protect it very well, interpret and pass it on with an innovative point of view without disturbing the cultural texture' 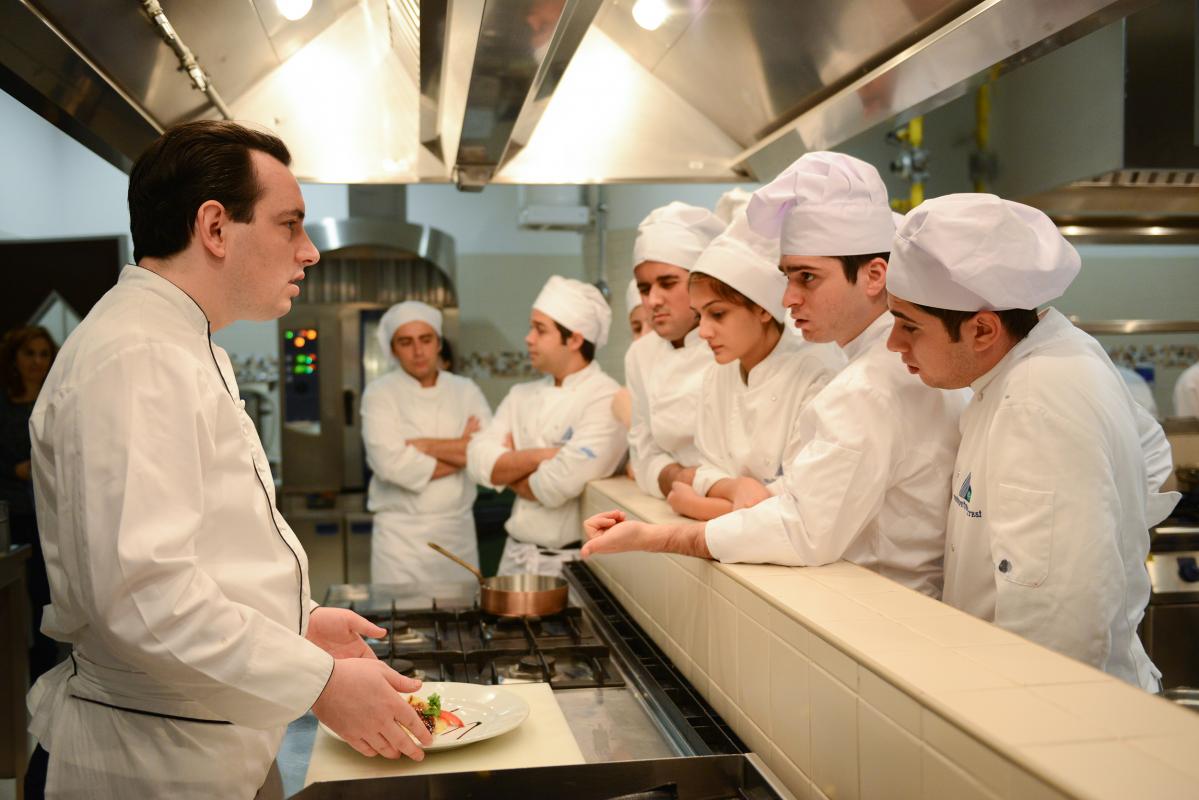 One Part of the Department is Abroad

Assoc. Prof. Dr. Sibel Özilgen stated that, in addition to their education program, successful students can  also receive two months of cake and chocolate training in France in the summer under the agreement with France's leading world-renowned pastry school Alain Ducasse Education-ENSP, and receive an Alain Ducasse- ENSP certificate.

Özgen stated that beginning this year, they have signed agreements with many important Michelin restaurants of the world like Arzak, Diverxo, De Kromme Watergang and Quique Dacosta. "We have signed 20 different agreements and sent our students to different parts of the world for summer internship. In addition, some of these students were also eligible to receive grants by being accepted into the Erasmus Plus program. There are many graduates abroad. Some of them work in their own workplaces, and others work in teams of very important hotels and restaurants. We also have graduate and doctoral students from major universities abroad such as Cornell, Columbia, "she added.

Our Graduates Are in the Kitchens of 5 Star Hotels

Assoc. Dr. Sibel Özilgen gives the following information about what advantages are provided in Turkey and abroad for our department graduates:

"We aim to give students the ability to think analytically, to get the right information fast, and to be able to read what is going on right here in the world. In this context, as mentioned above, we work closely with domestic and foreign universities, businesses and institutions. Our graduates can work and progress without difficulties mainly in national and international five-star hotels, catering or food and beverage departments, restaurant kitchens or business premises, airline companies, product development departments of food businesses (R&D), institutions fiving training for the food sector and in visual/print publication institutions. Unless we are in UNESCO / UNITWIN networks, both our existing students and our graduates are very much in favor of international acceptance. "

We are Proud of our Graduates

Assoc. Prof. Dr. Özilgen talking about our graduates who are a source of pride, she said:

"Nearly all of our graduates consist of names well-known in the industry. That's why it's hard to pick names. But for example Doğuş Şahin is in Denmark Noma-2.0, Umut Diren in London at Gordon Ramsey's Michelin starred Petrus, Ali Abdulmunim in Dubai Zuma, Nesrin Eren at Mikla, Handegül Day in California at Bakery (her own business), Özge Dönmezoğlu in Australia at Anise restaurant, Burak İşçimen in Trakya Bahçerestoran (business owner), Batuhan Çorabatir in California My Cupcake (business owner), Ismet Saz at Toi and many more successful names have passed through Yeditepe. We also have graduates who have worked on many television programs. "