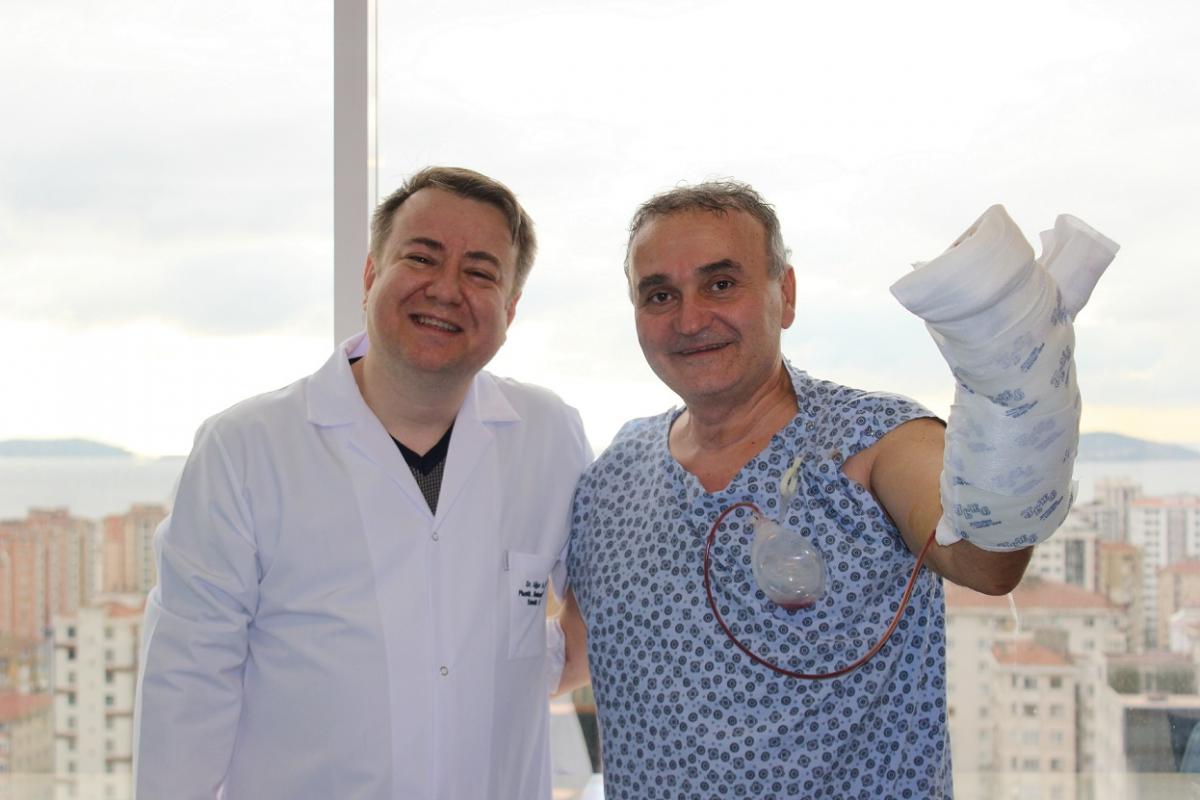 The finger of Milko Ivanov, who had a work accident in Bulgaria 2 months ago and whose left thumb was caught in a press machine, was saved from being amputated in a 4.5-hour surgery in Turkey. Mr. Ivanov, stating that he is very happy, said, “I could not get any results in Sofia and Germany. The doctors said my thumb had to be amputated. But, in Turkey, they saved my finger from being amputated. Thank you very much.”

Milko Ivanov (52), owner of a food company in Bulgaria, had a work accident two months ago. The upper part of his left thumb which was crushed by a 220-degrees Celsius-hot press machine for approximately 3 minutes during the accident, and its tendons, veins and skin were severely injured and necrotic (died).

The Finger Saved With Tissue Transplantation

Doctors told Ivanov, who sought care in two hospitals in Sofia and then went to Germany after failing to get results, that his finger could not be saved and had to be amputated. As time passed over the accident, the wound developed a bacterial infection that was resistant to antibiotic therapy. Mr. Ivanov, whose thumb became unusable, reached Dr. Uğur Anıl Bingöl, an associate professor staff surgeon and the chair of the Department of Plastic, Reconstructive and Aesthetic Surgery in Yeditepe University Kozyatağı Hospital. His finger, which was said to be requiring amputation in his country and Germany, survived after receiving antibiotic treatment and tissue transplant surgery in Yeditepe University Kozyatağı Hospital.