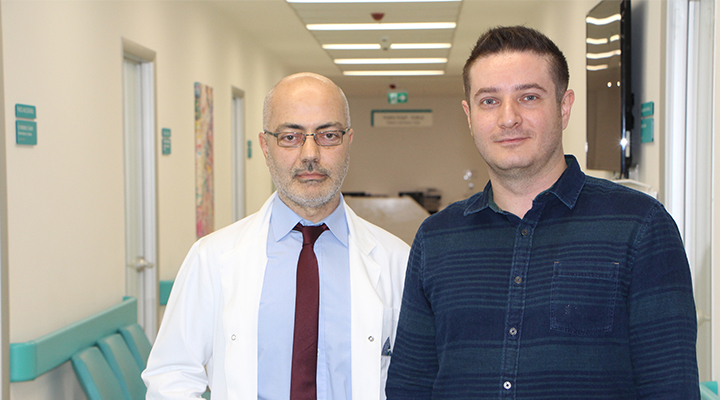 Ozan Buçan, 36, who lives in Istanbul, consulted the doctor after feeling tightness and pressure in his throat. It was understood that the Buçan's nodule (gland), which was detected in the thyroid tissue with 36 millimetres in diameter, was not malignant. The young man, to whom surgery was recommended and who learned that thyroid tissue should be removed along with the gland, did not want the thyroid tissue to be removed and an incision in his neck for this non-malignant nodule. Needle aspiration method, that is, radiofrequency ablation was applied to Buçan, who consulted Prof. Dr Erhan Ayşan, Yeditepe University Koşuyolu Hospital Endocrine Surgery Specialist, and the nodule was melted.

Buçan, stating that he had many thyroid patients in his family, continued his word as: “This nodule, that is a gland, was noticed during a routine check by hand examination. It was also understood that there was a large nodule at the ultrasound imaging. After a while, I started feeling pressure in my throat. The doctor I consulted at that time said that the nodule had to be removed surgically. However, I did not like this situation because my thyroid gland was healthy. I immediately started seeking. Finally, I found the radiofrequency method, which is an alternative treatment approach. When I received satisfactory and scientific answers to my questions during my meeting with Prof. Dr Erhan Ayşan, I decided on this treatment method. Currently, the feeling of pressure on my neck has almost disappeared. My thyroid hormones are normal. I can say that my complaints are over in two weeks.”