‘NO FROST’ from Dalan

Bedrettin Dalan said that Yeditepe University led the way to many revolutionary  inventions in agriculture and  whey would stop the nigtmares of farmers. He added that the product which they called ‘No Frost’ preseved the crops at minus 18 Degrees.

BEDRETTİN DALAN WILL FOCUS ON SCIENCE RATHER THAN POLITICS

Contribution to Science from Yeditepe: ‘NO FROST’

Bedrettin Dalan who stated that Yeditepe University led the way to many revolutionary inventions in agriculture reported that they had developd organic manure ‘Bagtogen’ and a product called ‘No Frost’to stop the freezing of crops. Dalan stated that dealing with science is more exciting than dealing with Politics. 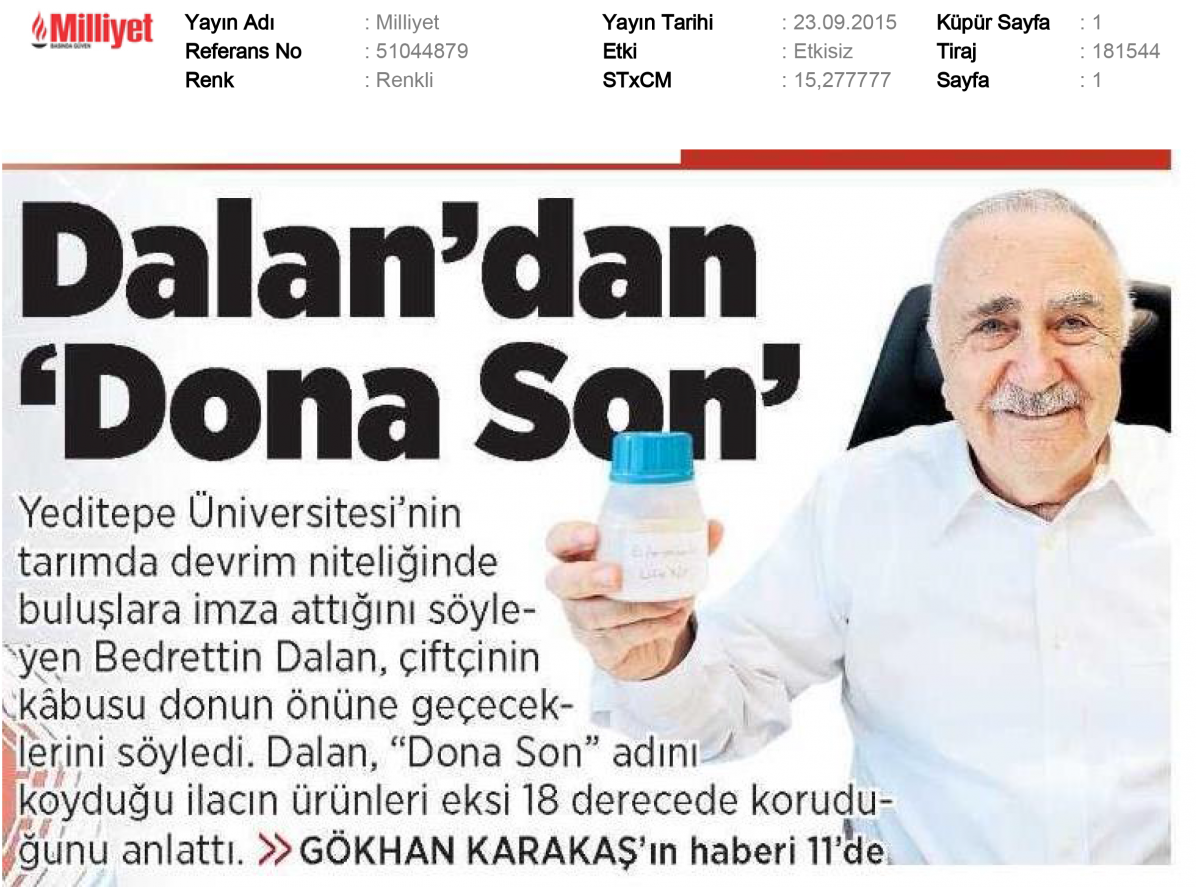 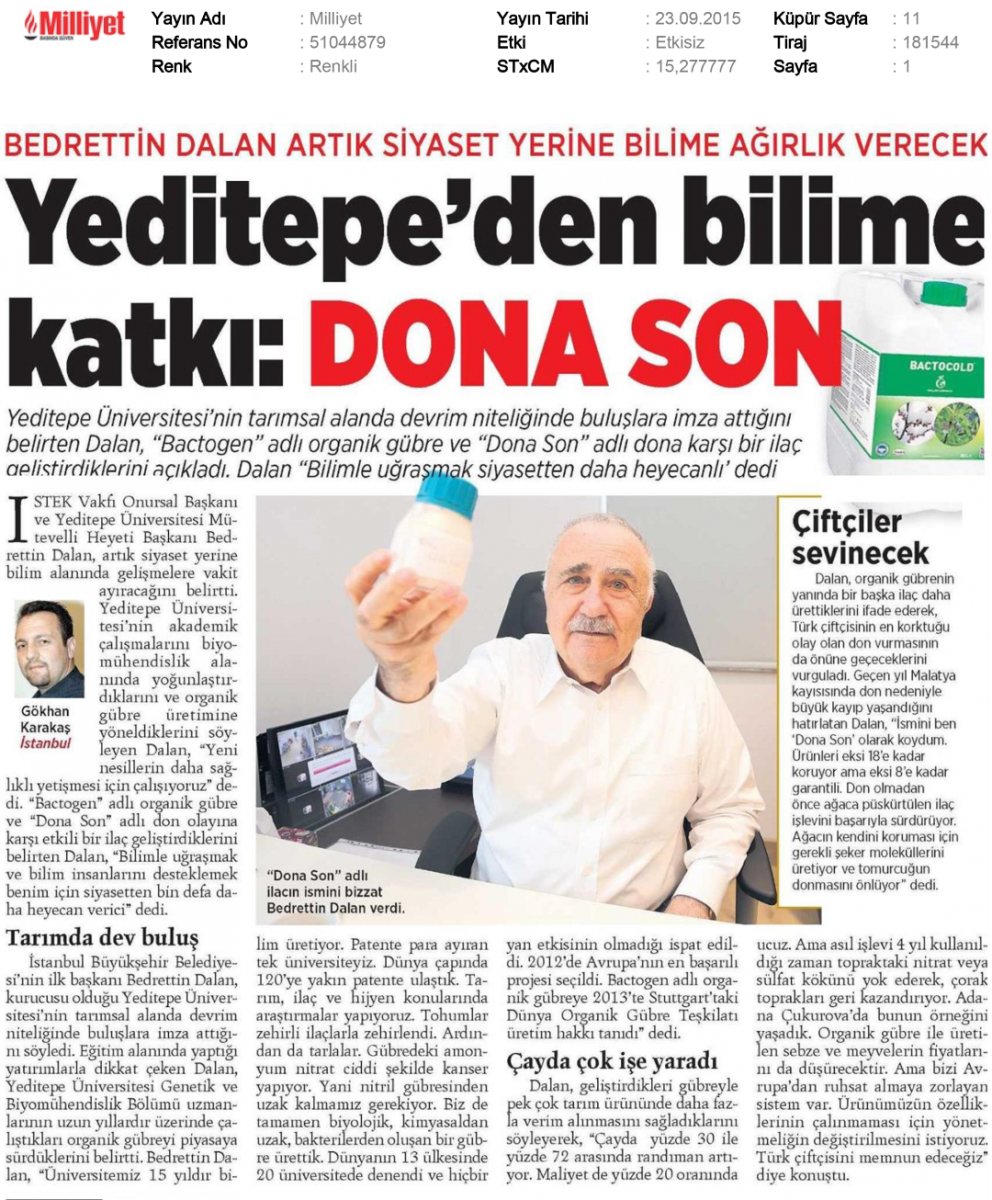