Home Ashamed To Speak, Reborn In His New Voice

Ashamed To Speak, Reborn In His New Voice 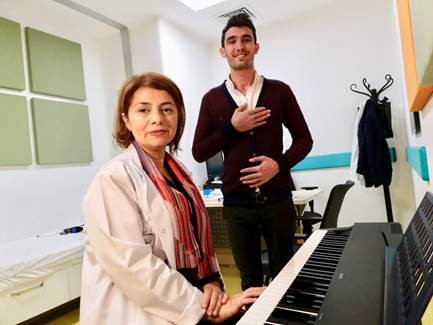 Mehmet Ökten, 21 years old and from Şanlıurfa, had many problems for years due to his high-pitched voice. So much so that it was even thought that she was a woman while talking on the phone… Ökten, who gained the voice he wanted after years with the operation of “voice aesthetics” performed at Yeditepe University Koşuyolu Hospital, said, “My self-confidence, my walk, my facial expressions, even my smile changed. I was reborn with my new voice.”

Mehmet Ökten, who was born in Siverek/Şanlıurfa, realized that his voice was higher-pitched than that of his peers during his adolescence. Moreover, his speeches were not fully understood. While seeking solutions, even though the experts he consulted said that the problem was caused by a cold and that it would improve over time, but it did not.