Home “The Adventure of Humanity” Avalaible at Bookstores

“The Adventure of Humanity” Avalaible at Bookstores

Consisting of chapters written by experts scholars in their fields, “The Adventure of Humanity: From the Formation of the World to the Industrial Revolution was published by İSTEK Publications and edited by Yeditepe University History Department Head Prof. Dr. Ahmet Taşağıl and lecturer Aykut Kar.

“The Adventure of Humanity”, a handbook for history students, also speaks to the general reader who is interested in the subject. 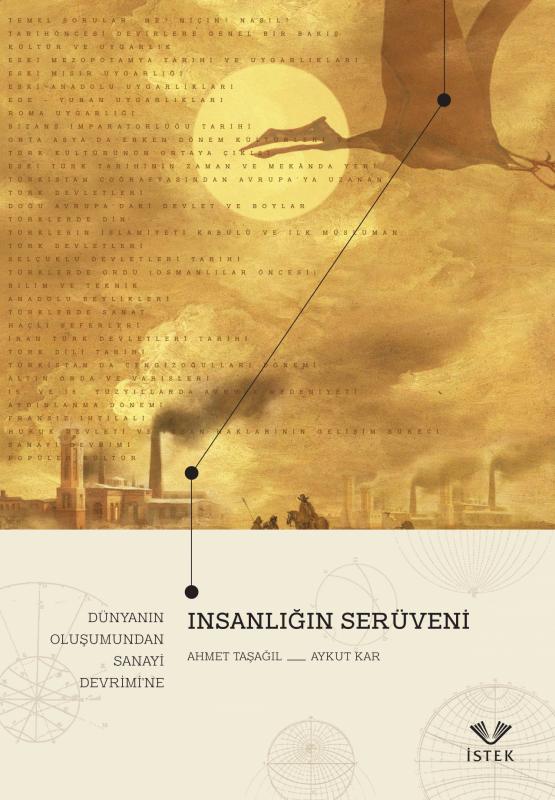 The book, which describes the development of civilization from a very wide angle starting from prehistoric times, consists of the following chapters:

“Basic Questions: What? Why? How?”, “A Brief Look at Prehistoric Periods”, ”Culture and Civilization“, “Ancient Mesopotamian History and Civilizations“, “Ancient Egyptian Civilization “,” Ancient Anatolian Civilizations “,” Aegean-Greek Civilization”, “Roman Civilization”, “History of the Byzantine Empire ”,” Early Period Cultures in Central Asia”, ”The Emergence of Turkish Culture”, “The Place and Ancient Turkish History in Space and Time”, “States and Clans in Eastern Europe',” Religions of Turks”, “The Adoption of Islam by the Turks and the First Muslim Turkish States”, “History of Seljuk States “,“ The Turkish Army (Pre-Ottoman) “,“ Science and Technology, Anatolian Principalities , “Turkish Art”, “The Crusades”, ” History of Turkish States of Iran”, ”History of Turkish Language “, “Cengizoğulları Period in Turkestan”, “The Golden Orda and Its Successors”,“ European Civilization in the 15th and 16th Century”,”The Age of Enlightenment”, “The French Revolution”, “The State of Law and the Development Process of Human Rights “,” Industrial Revolution and Popular Culture”.

“The Adventure of Humanity” can be found at  www.istekle.com